It wasn’t until 1941 that you could hear WOWO on 1190AM, thanks to the US treaty called the North American Radio Broadcasting Agreement.  Before that the booming sound was on 1160AM.

Later in the year that the station would increase power to 10,000 watts and would stay one of the most powerful stations in the region and also the state. 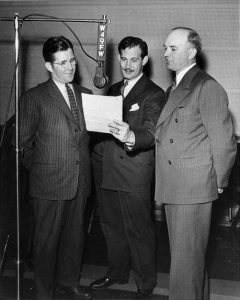 Moving down the dial on the AM wasn’t the only thing that happened in the early 40’s.  The FCC assigned FM radio to the 42 to 50 MHz band of the spectrum. In Fort Wayne, Westinghouse Broadcasting received an experimental license for station W49FW. 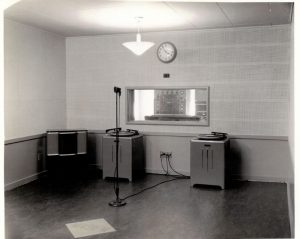 It didn’t last long, as Westinghouse decided FM broadcasting is unprofitable and has no future.  The original WOWO-FM permanently in late 1953 and the transmitter was donated to Taylor University.  From the “Motion Picture and Television Reading Room:” 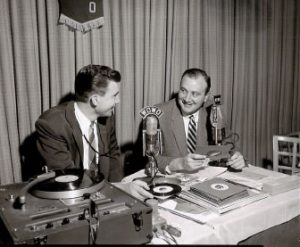 The 40’s were also great for the community.  In 1948, WOWO Penny Pitch was introduced, and the story behind it you’ll hear in this podcast.

BUT in 1947, a moment in broadcast history would happen on WOWO, thanks to Bob Sievers.  The very first time Elvis Presley was played on the radio would happen.  Take a listen to Bob’s account:

The History of Rock and Roll also needs to tip their hat to WOWO for another important moment.  We hired Bill Haley as a performer before he is credited with popularizing the genre in the 1950s.  The man who would Rock Around The Clock and usher in a new era of music started as part of the Downhomers!

Bill Haley used the WOWO Hoosier Hop as a way to gain popularity across the country, much 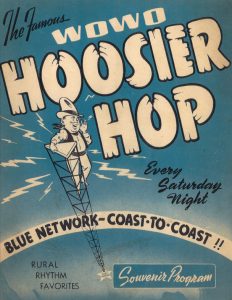 like many other artists did during this period.  The show kept the spirit of Hoosier hospitality alive, and was featured on CBS as early as 1932.  By 1943, the show expanded to a studio broadcast and then to a full live show at the Shrine auditorium in Fort Wayne, drawing a regular crowd of over 4,000 people.  By 1944, the show was well established as one of the top shows on the CBS Blue Network, billed as “a fully fifty five minutes of rural rhythms, and traditional American fold music.” 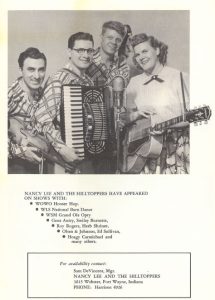 In late 1945, Bob Sievers and Jay Gould began the world famous “Little Red Barn,” and the magic would extend many decades and dominate ratings until the day the show retired.

The house band that would stick around for many years was Nancy Lee and the Hilltoppers.  They started in 1944 and continued to perform live every week into the 1990’s.  The band consisted of Nancy Lee (guitar), Roy Hansen (bass), Jack Carman (violin) and Sam DeVincent (accordion, arranger and manager).

They were even featured on “CBS This Morning” during The Osgood File in the 1980’s: 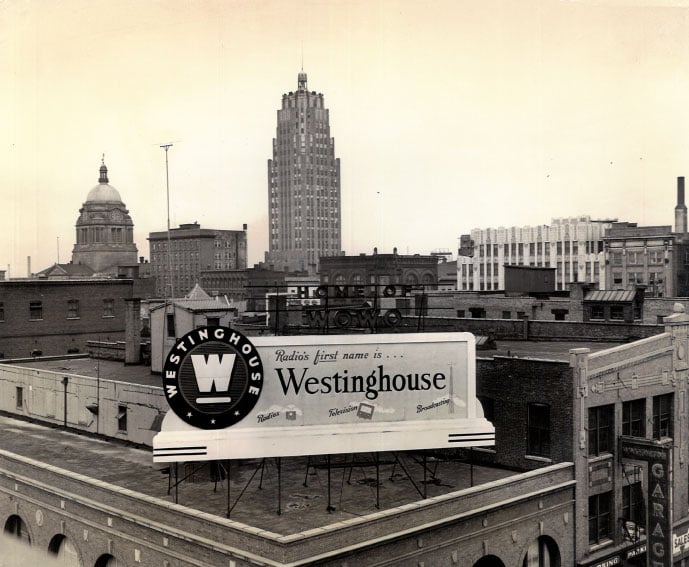 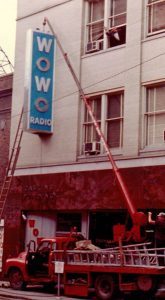 On April 30, 1952, WOWO Radio moves to new studios in the Gaskins Building at 128 W. Washington Blvd. in downtown Fort Wayne.

Fort Wayne Komets Hockey broadcasts debut in October of that year on WOWO, but a year later would mark the beginning of Bob Chase’s long run as play-play-play, live from Radio Rinkside.

The station would be preparing to turn 50,000 watts and also go in a completely different direction — away from a network and full blown local DJ (one of the first stations in the country to do this).  It would usher in a new era for the station with prosperity and popularity, both locally and nationwide. 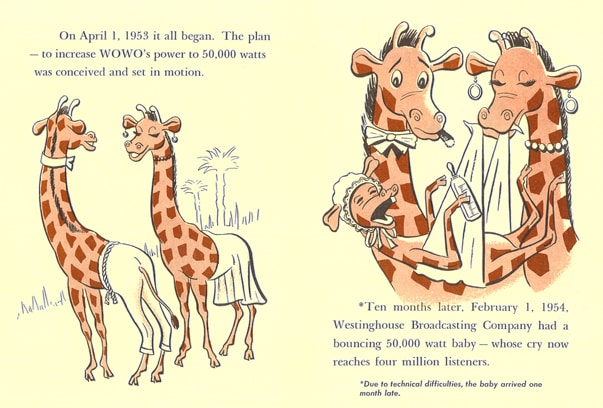 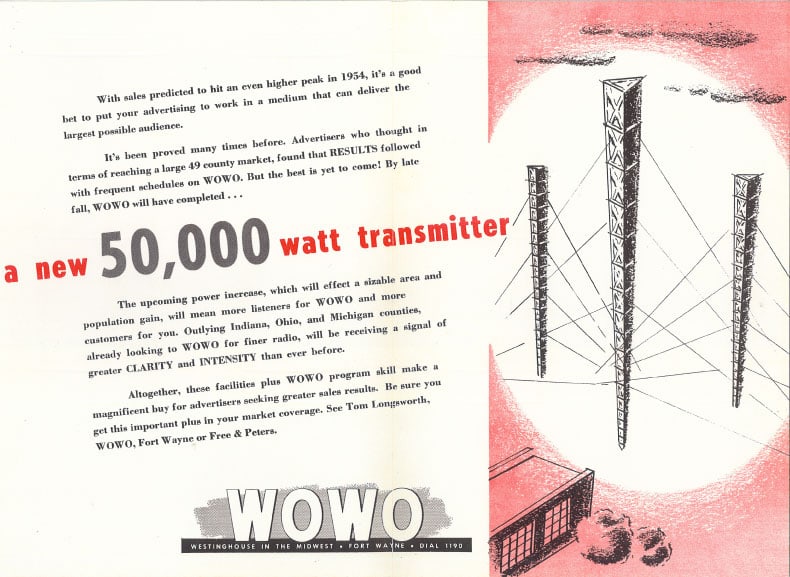 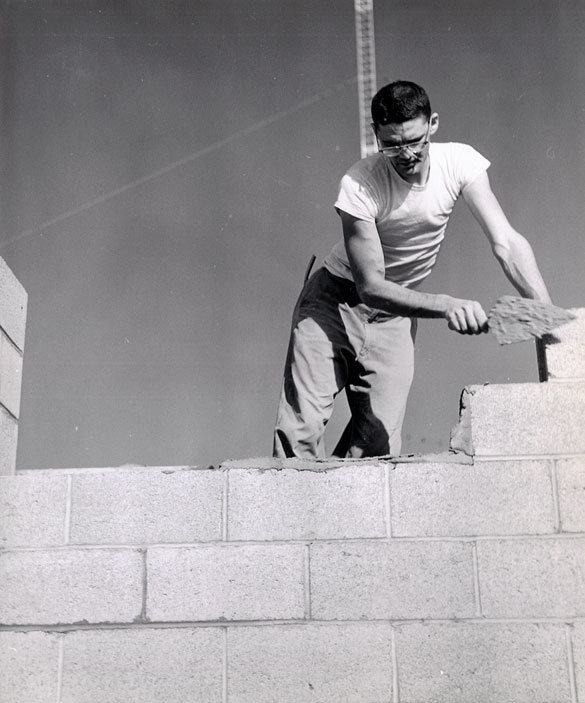 In a news release from Westinghouse, and preserved by the “Motion Picture and Television Reading Room,”