UPDATE: The Allen County Coroner’s Office has completed the autopsy in the death of Jacob Walerko.

The 25-year-old’s cause of death was a gunshot wound to the head, and the manner of death was homicide. Walerko was killed back on Thanksgiving night when he was shot during an armed robberyat the Meijer gas station on Lima Road.

His death marks the 34th homicide in Allen County this year.

EARLIER: Fort Wayne Police detectives have the Meijer shooting suspect in custody. He is facing multiple charges regarding the death investigation of the gas station clerk at the Meijer’s gas station located on Lima Road. He has been identified as Victor Rivera, 21.

He has been charged with murder, felony murder, and robbery causing serious bodily injury.

Rivera was in large part identified due to the public’s willingness to provide credible information to investigators when his likeness was portrayed on all local media outlets, police say. The Coroner’s office will release the name of victim when appropriate to do so.

Rivera was taken into custody without incident Friday, when investigators observed him walking in a north side trailer park off of Washington Center Road.

FORT WAYNE, Ind. (WOWO): A man is dead after a Thanksgiving night robbery at a Fort Wayne gas station.

The Fort Wayne Police Department tells WOWO News they were called to the Meijer Gas Station on Lima Road at a few minutes after 8pm Thursday to a “holdup alarm.”

By the time they got there the man who had been working behind the counter was dead from apparent gunshot wounds.

Police say a white man, pictured within this article, came into the station with a handgun and attempted to rob it when the shooting occurred. 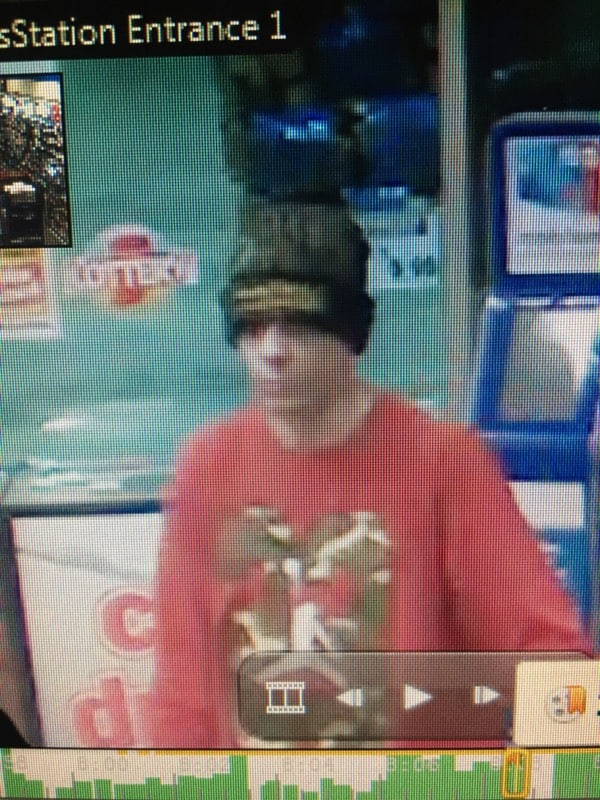 Another gas station employee who was working inside the cooler area at the time of the shooting and was not injured.

The suspect is described as a male/white, approximately 17 to 20 years old, thin build, and approximately 5’8” to 5’11” tall.  The suspect was wearing a red long sleeved Air Jordan T-shirt, black baggy jeans, black shoes, and a black stocking cap with yellow writing on it.

He was last seen running northwest through the Meijer parking lot towards the garden center area.

Detectives are currently interviewing potential witnesses and reviewing surveillance video from the gas station and nearby businesses.  Anyone with information is asked to call the Fort Wayne Police Department at (260) 427-1222 or simply dial 911.