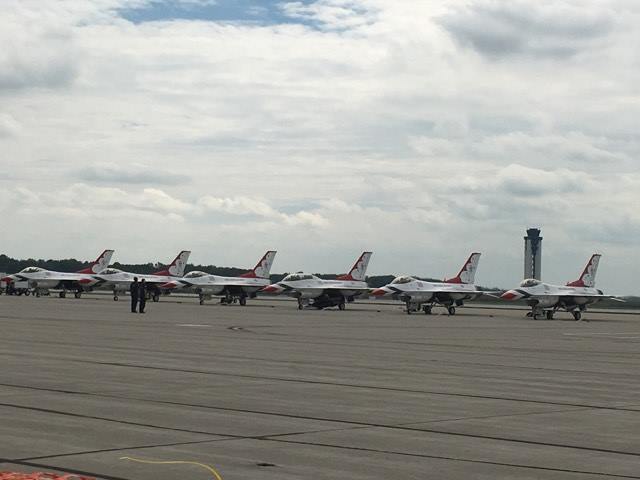 FORT WAYNE, Ind. (WOWO): The US Air Force Thunderbirds are returning to Fort Wayne next year.

The 2019 Fort Wayne Air Show, presented by the 122nd Fighter Wing of the Air National Guard, will be July 6th and 7th at the Fort Wayne International Airport.

Chief Master Sgt. James Salway tells WOWO News that planners are hoping for 80,000 people to show up for next year’s event, and they’re hoping to raise at least $50,000 in donations for the Wounded Warrior Project.

“(The Thunderbirds) love Fort Wayne. When we went to schedule some premier teams (for the event), they sought us out,” Salway says.

Admission will be free. Land around the base will be used for parking as well, to alleviate issues that popped up during the 2016 show that necessitated the use of shuttles from other parking spots.