FORT WAYNE, Ind. (WOWO) – Two people were found shot in an alleyway Thursday morning, according to our partners in news at ABC 21.

Police report the shooting happened in the 1300 block of McKinnie Avenue around 6:10 a.m. 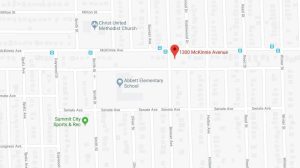 Two people were found shot. They were both taken to a nearby hospital; one of them is in serious condition, the other in good condition.

A white Chevy Impala was reportedly seen speeding away from the scene following the shooting, but police do not yet have any suspect information.

This is a developing story, and more updates will be provided as they become available.