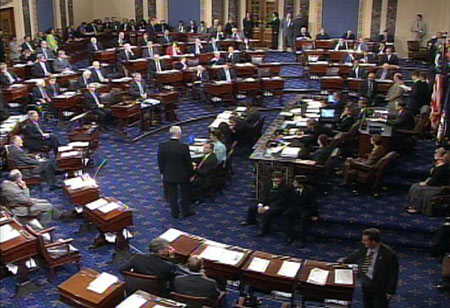 Lawmakers have introduced the Exposing Agricultural Trade Suppression, or EATS Act, to prohibit states and local governments from interfering with agriculture products from other states. Specifically, the bill seeks to block California’s Proposition 12, which would require meat products raised outside of the state to conform to the animal rights standards adopted by California. The Republican Group of Senators introducing the bill features Iowa’s Chuck Grassley and Joni Ernst, Roger Marshall of Kansas and John Cornyn of Texas. Grassley claims, “I don’t know why anyone would want to live in a state where it’s almost impossible to buy bacon, but California wants to impose such a rule on its residents.” The EATS Act will also challenge states from interfering in interstate commerce. However, state and local government units will still be able to regulate farming and ranching within their own state. More than 20 states challenged California’s Proposition 12, and others have adopted similar laws.