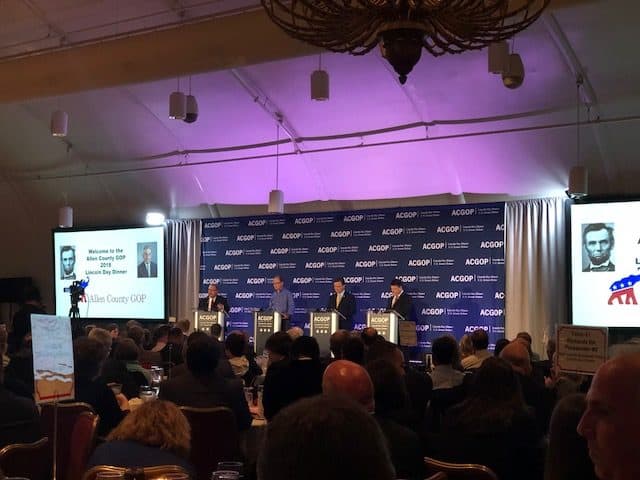 INDIANAPOLIS (AP) – The three Republican candidates who are locked in tight contest for a chance to challenge Democratic Sen. Joe Donnelly in the fall election are set to take part Monday evening in their final televised debate before the May 8 primary.

The debate comes as U.S. Reps. Luke Messer and Todd Rokita and former state Rep. Mike Braun have continued turning up the heat in TV attack ads against each other blanketing the state. They’ve tried to appeal to supporters of President Donald Trump, adopting the president’s harsh immigration rhetoric and even channeling him by assigning one another derisive nicknames.

The hour-long debate starting at 7 p.m. is sponsored by the nonprofit Indiana Debate Commission and will be broadcast on several TV and radio stations around the state.