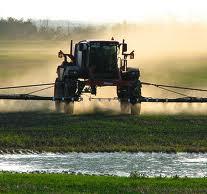 U.S. farmers are at odds again with the EPA over the Endangered Species Act, and its final biological evaluations of neonicotinoids and their impacts on endangered species. Farm groups including the American Soybean Association and the American Farm Bureau are concerned the evaluations drastically overstate the impact of the pesticides on endangered species and don’t use all available data. The groups say the evaluations for several neonicotinoid pesticides don’t incorporate scientific and commercial data that could have provided a more realistic picture of the potential impacts of the chemistries on different species. The groups pointed out the shortcomings during the public comment period, but EPA doubled down on the final evaluations. ASA President Brad Doyle says, “Growers have, time-and-again, pointed EPA to real-world data to improve their endangered species assessments, but “The agency has again chosen to disregard the data.”

Tariffs Give U.S. “Leverage” on China