The dominance of WOWO continued into the 1970’s, but some new faces would join the staff  and start to inject a new delivery of radio — thanks to Chris Roberts and Ron Gregory. 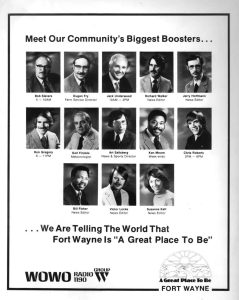 Fun fact about Jay Johnson… he was appointed as the Director of the United States Mint by President Bill Clinton after serving one term as a US Congressman.  After his tenure, Art recalled seeing him on late night infomercials selling special coins.

Ned Foster was a programmer with the station.  “WOWO was not a big fish in the pond.  It was a whale in the puddle.  It was giant.” 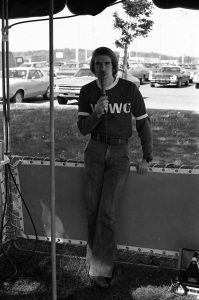 “I had sent a tape to KDKA,” said Ron Gregory, but at the time there was no opening in Pittsburgh.  But there was and opening in Fort Wayne.  He would later visit the city and hear the Little Red Barn program in the morning and wondering what he was getting into.  “I’m laying in the hotel room and turn on the radio the next morning… and I hear this old guy… milking cows on-air.” 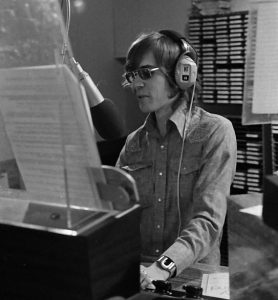 “I had really long hair in those days…” said Chris Roberts.  There was a very conservative look to the station, and Chris and Ron came in and changed that.

“He was very young when he started,” said Dugan Fry.  “Ron Gregory was one of the most versatile.”

In 1976, Jay Gould would celebrate his 75th birthday in the studios with a pipe and a cake, along with people around the community calling in to wish him a great day: 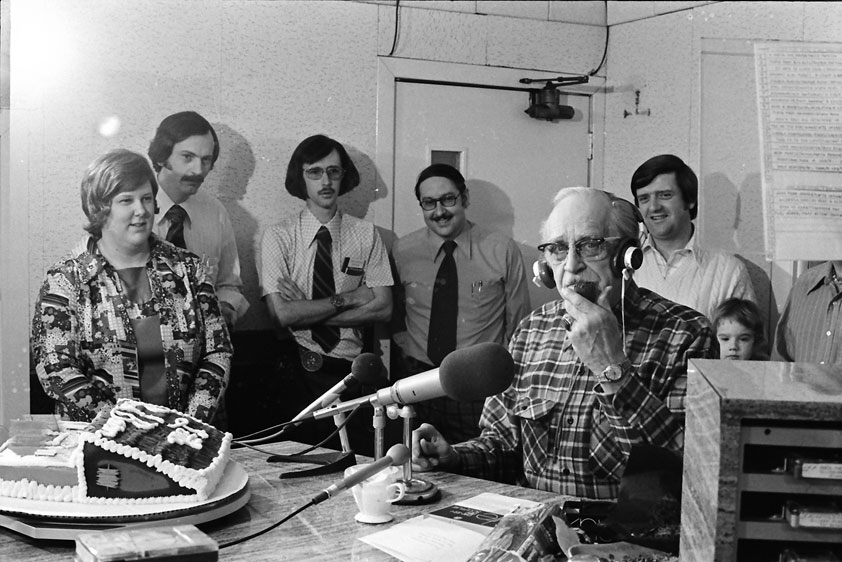 WOWO would see much ratings success and would be consistently recognized nationwide.  Thanks to www.americanradiohistory.com we’re able to get a glimpse back at some of those ratings, including these from the 1970’s: 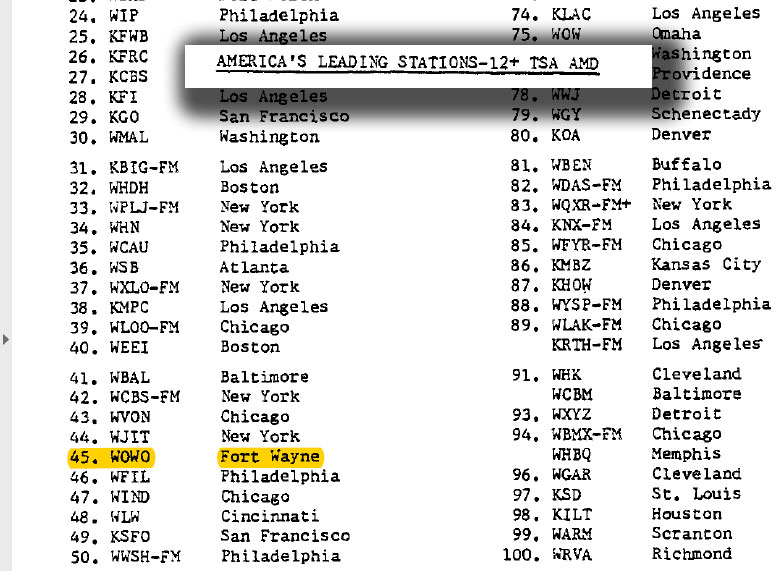 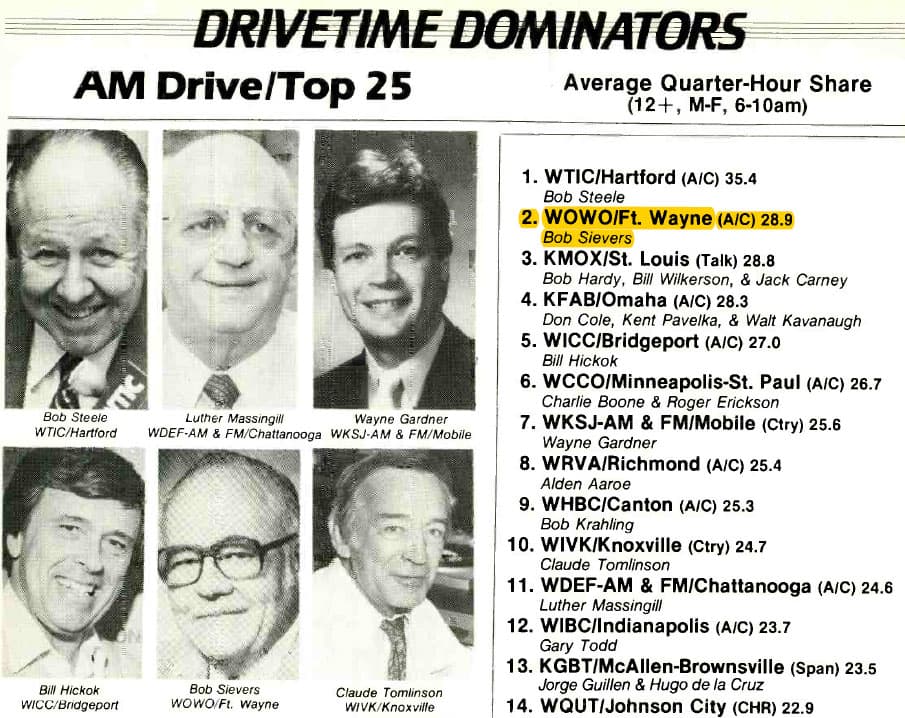 It was also around this time when Dugan Fry started to transition as Farm Director.  Jay Gould would still be very active at the station, but the day-to-day on-air duties were taken over by Dugan.  “Jay gave you the scholarly viewpoint.  Treat the people the way you would want them to treat you,” said Dugan regarding advice from Gould. 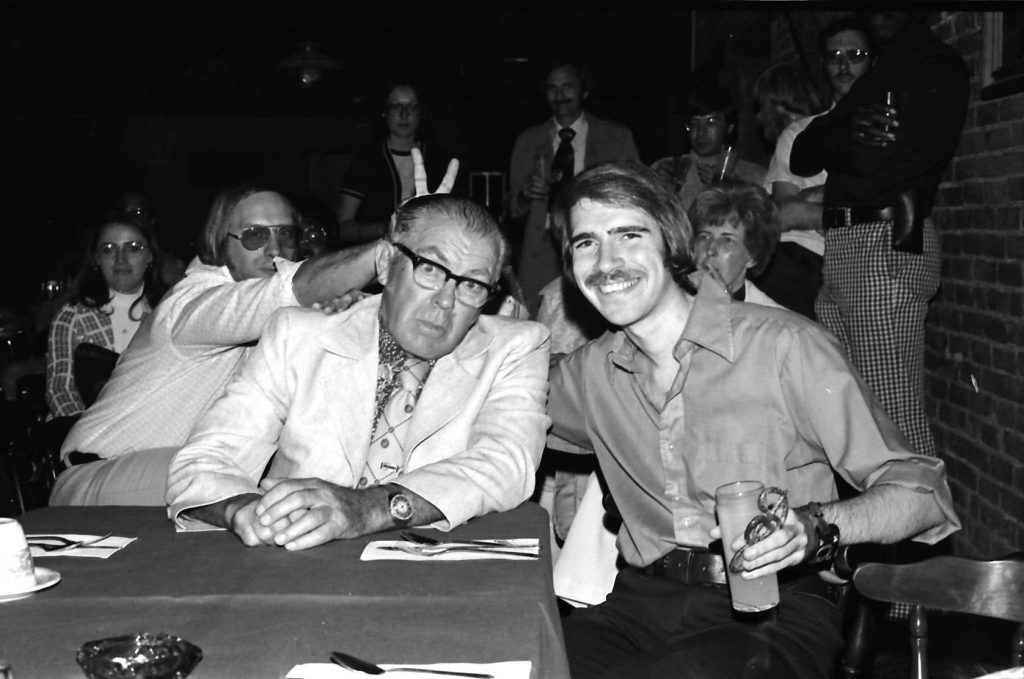 Thanks to Ron Gregory phrases like the “World Famous Fire Escape” and Bodie the Janitor became fixtures on the station.

In 1976 Bob celebrated 40 years of broadcasting in Fort Wayne, honored by just about 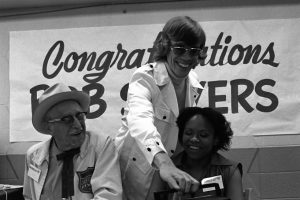 every public figure in the state ranging from the mayor to the governor.

They also noted that Bob Sievers never missed a single day of his career, outside of service in the military.  Remarkable. 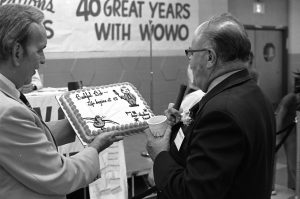 Bob Sievers is still Mr. WOWO to this day.

Chris Roberts said that Bob looked at things much differently than he did.  Chris looked at is as show business.  Bob looked at it like a one-to-one relationship.  He truly cared about the community above everything else.

By 1984, Bob Sievers, Jay Gould and Jack Underwood all called it a career.

The same would happen with Westinghouse, as the company sold WOWO around this time, leading the way to the post-Seivers era of the radio station.