WARSAW, Ind. (WOWO): A Warsaw man suspected of stabbing a man has been arrested. Warsaw Police were called to a local hospital for a stabbing that had happened on E. Winona Avenue. The investigation found that an ex-boyfriend had seen his former girlfriend and her new boyfriend and confronted them. According to police, the suspect, 24-year-old Donaldo Velasquez, reached in a pick-up truck where the two were sitting and cut the victim, a 29-year-old man from Warsaw, with a razor blade, on the side of his face. Velasquez ran from the scene while the girlfriend drove the victim to the hospital. Police found the suspect and took him into custody. Velasquez was charged with Aggravated Battery with a Deadly Weapon, a class B felony. 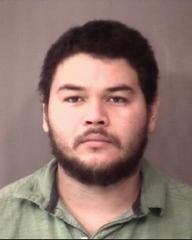