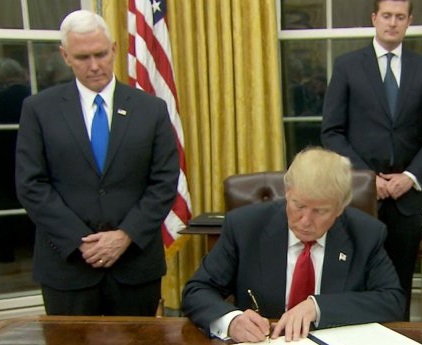 The Donald Trump administration has ordered a freeze on grants and contracts from the Environmental Protection Agency and ordered EPA staff to halt external communications. A memo to EPA staff instructs the employees not to publish press releases, blog messages or social media postings. The memo also says media request will be carefully screened and no new content can be placed on any EPA website. Political analysts say the move is not uncommon, but further overreaching than a typical freeze by a new administration, according to the Huffington Post. The EPA awards roughly $4 billion in grant funding each year. President Trump and his transition team have promised a reduction of regulatory grasp by the EPA, specifically targeting Clean Air Act regulations and the Waters of the U.S. rule.

Should The US Simply Mint A Trillion-Dollar Platinum Coin To Solve The Debt-Ceiling Crisis?