CASS COUNTY, Ind. (WOWO): A Logansport man is arrested on child molestation charges. A criminal investigation by Indiana State Police resulted in the arrest Tuesday morning of 33-year-old Earl Sherman II. An investigation began in January after police received information that a Cass County girl had possibly been molested. The investigation revealed that from June 2005 to September 2005, Sherman had purportedly performed sex acts with a 4-year-old girl. Sherman is being held in the Cass County Jail to face three felony charges for child molestation. 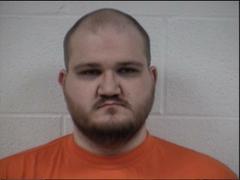