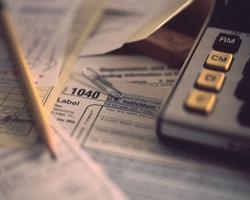 INDIANAPOLIS (WOWO): Most Hoosier state residents should have their rebate check from the state by the end of next month and might get it by the end of next week.  Some Hoosiers still have not gotten their automatic 125-dollar tax rebate from earlier this year, in part because of a paper shortage. State Auditor Tera Klutz says that turns out to be a blessing in disguise: the state’s vendor got the needed paper last week, just in time for legislators to finalize the additional 200-dollar rebate. If the state had been starting from scratch, Klutz says it would have taken until May to send out the 200-dollar checks. Instead, she says both rebates will be rolled into a single check, with the first checks to be printed and mailed on Monday. Klutz says her office plans to print 50-thousand checks a day starting Monday. At that pace, it should have all the checks mailed out in seven weeks. The state says to call if you do not have yours by October 17.