A SUV crashed into a tree a little after 4 a.m. Monday east of Leesburg on Armstrong Road near C.R. 200 East. When officials arrived, they found the SUV “fully engulfed in flames”, according to the Kosciusko County Sheriff’s Department.

Firefighters from the Leesburg/Plain Township Fire Department put out the fire and discovered the driver dead inside the vehicle. The Kosciusko County Coroner’s Office is in the process of identifying the body.

Kosciusko County F.A.C.T. members say it appears the SUV was travelling eastbound on Armstrong when it went off the left side of the road for unknown reasons. The SUV then hit a tree head-on and caught fire. 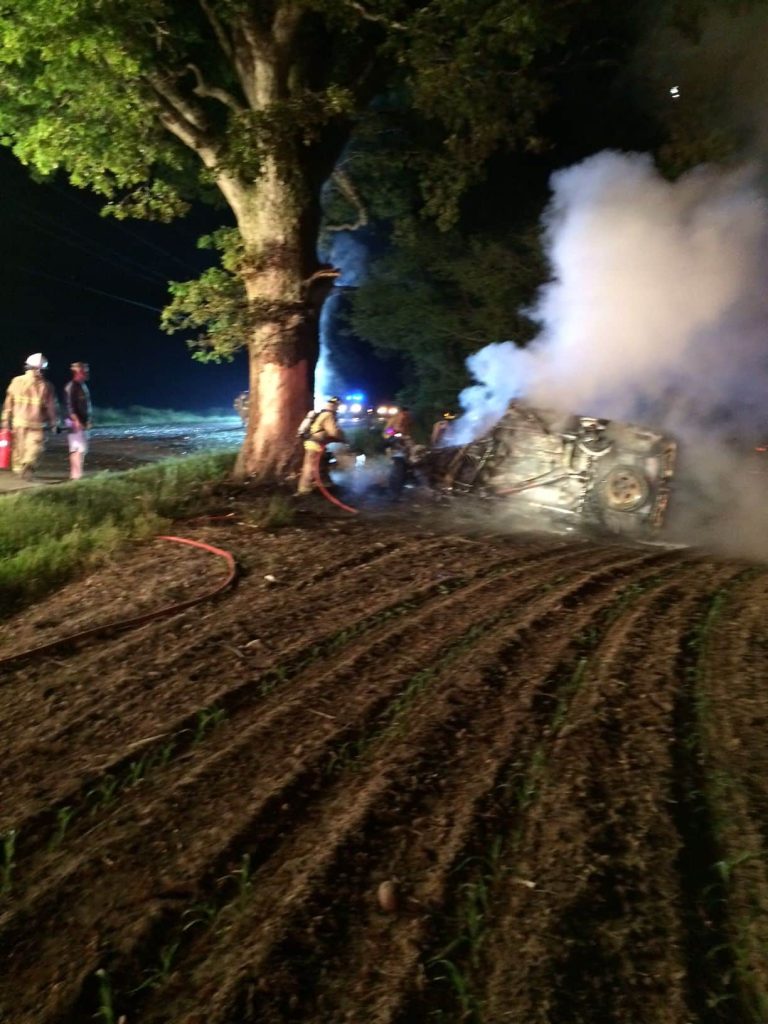 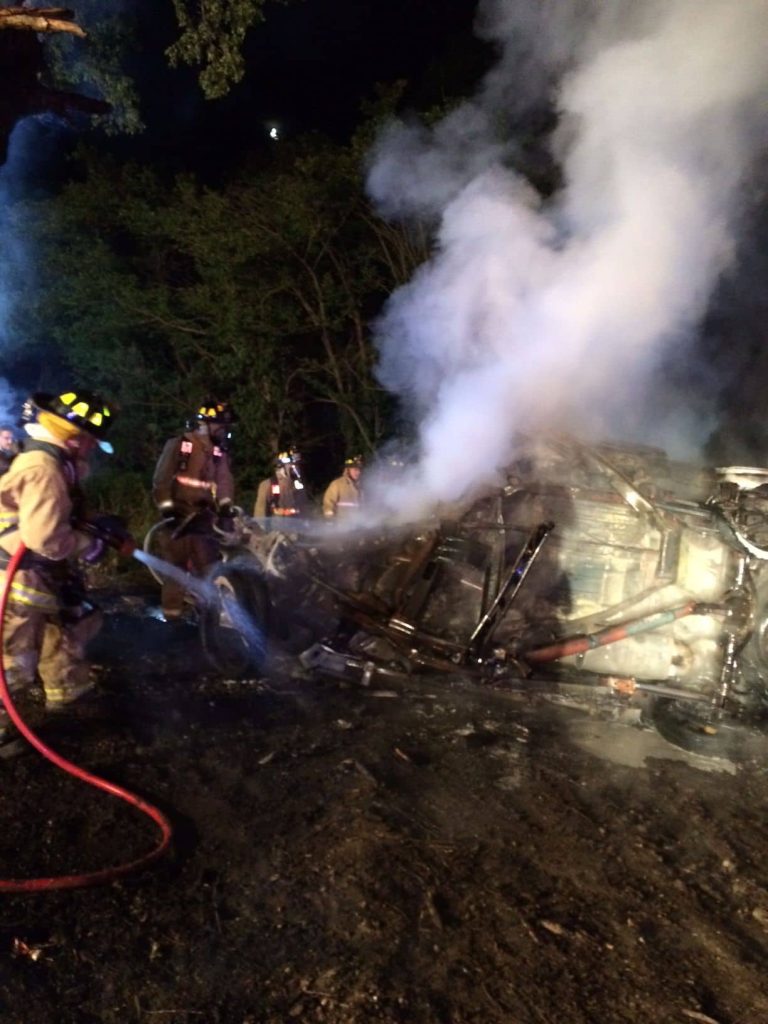