NATIONWIDE, (WOWO) – The Big Game is right around the corner, but do you know what you’ll be snacking on?

Offers.com surveyed more than 1,000 consumers across the country to determine the top foods, trends and more during this popular American pastime.

The average consumer spends $51.68 per year on game-related purchases, which is up 40% from last year’s $37 average.

Pizza and wings tied nationwide with each snacking earning 38% of consumers’ votes. The top-ranked snacks are as follows: 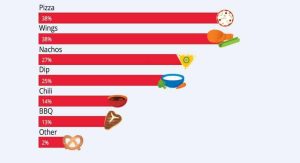 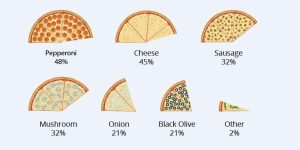 Pepperoni (48%) and cheese (45%) toppings ranked as the top two pizza toppings, with sausage coming in third (32%). Black Olive was the least-liked specified topping with 21% of votes.

Buffalo sauce came in first with 35% of votes, and BBQ came in second place with 30% of consumers’ votes. Extra Hot was the least-liked specified wing sauce with only 12% of votes. 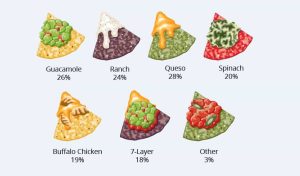 57% of Indiana citizens chose cheese as their favorite pizza topping, and 40% of citizens prefer Queso as their dip of choice.

And, interesting fact – Indiana is one of the only states that was found to prefer the commercials more than the football game!

All photos supplied by Offers.com.