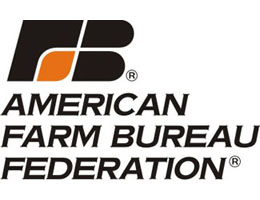 The border crisis is real. Texas farmers and ranchers in border areas are frustrated, outraged and desperate for a solution that secures the border.
How real is the crisis? Several southwest Texas counties have requested additional body bags because of the number of illegal migrants being found dead on remote properties in their county.
According to federal data, border apprehensions have surpassed one million for the 2021 fiscal year. Immigration enforcement encountered 210,000 migrants at the southern border in July – the biggest number, by far, since the historic spike started in March.
Texas Farm Bureau (TFB) invited American Farm Bureau Federation (AFBF) President Zippy Duvall to Texas to see and hear first-hand the impacts of the border crisis on Farm Bureau member-families and their communities. Duvall and TFB President Russell Boening met with members and local officials in McAllen and in Del Rio, Aug. 10-11.
Duvall said he heard a sense of urgency in all of his visits.
“Communities are exhausting every bit of their energy to help the people who are coming across and catch the people who are trying to sneak across and want to do harm,” Duvall said. “They’re doing everything in their powers, and that’s why they feel so frustrated. They’re overrun. This is not sustainable.”
Boening said it’s important that TFB and AFBF gather information to effectively represent its members. Farmers and ranchers described damage to property and crops, stolen vehicles and equipment, compromised water sources and threats to personal safety for themselves, their families and employees.
“It’s very much a crisis. I don’t want anyone to think that it’s not, and it needs to be dealt with. It needs to be addressed, and we’re just doing what we can to gather information as an organization,” Boening said. “We met with landowners and elected officials. We’re just going to do the things that we can do to hopefully remedy the situation.”
Duvall committed to returning to Washington, D.C. and talking to U.S. Secretary of Agriculture Tom Vilsack about what he heard in Texas.
“Just like any other challenge Farm Bureau faces, we need to step up, our grassroots need to keep telling their story until someone hears us and does something about it,” he said.
Boening said the crisis situation is not confined to only areas along the border. Negative and dangerous impacts are being felt by farmers and ranchers and communities hundreds of miles inland.
Boening said the border must be secured. That is the only way to resolve these impacts, he said.
Duvall’s trip continued to New Mexico where he visited with Farm Bureau members from New Mexico and Arizona.
For more information on the border crisis, visit TFB’s Border Crisis Impacts webpage.