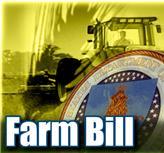 Senate Agriculture Committee Chairman Pat Roberts conceded this week a farm bill by the September 30th deadline is not likely. Overseeing the conference committee between the House and Senate, Roberts says it will be tough to see action completed on the farm bill before the November elections. He told Politico, though, he doesn’t want to consider extending the current farm bill because “it gives people the chance to weigh in again and delay” the negotiations, making an agreement a bigger challenge. The biggest challenge for the conference committee remains in the nutrition title of the farm bill, according to Roberts. The House version includes work requirements in the Supplemental Nutrition Assistance Program that is not welcome in the Senate and would prevent a farm bill from passing the chamber. Roberts says if the committee could get beyond the SNAP issue, “I think we could get ourselves a farm bill.”