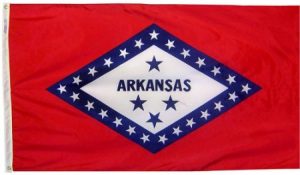 The Arkansas Plant Board took up a recommendation for a window on dicamba use in the state from January 1 to April 15 in 2018. There are still several steps to go through before the recommendation is approved, including votes from the full Plant Board, the Arkansas Governor, and the State Legislative Council. State officials put together a Dicamba Task Force, which recommended the ban. The recommendation will be considered by the full Plant Board when it meets on September 21 at 1:30. Shawn Peebles, an organic farmer and member of the Task Force, says, “We didn’t recommend a ban forever, but a ban for the 2018 crop to perform more testing. We expect to see more university testing next year.” Peebles says the Task Force will evaluate the 2018 findings to determine the best course of action for 2019. Monsanto, maker of XtendiMax with VaporGrip Technology, calls the move a step in the wrong direction. “We saw 25 million acres of dicamba tolerant crops that show dicamba can be used safely and effectively,” says Scott Partridge, vice president of global strategy at Monsanto. The proposal could affect chemical sales for the company, as well as seed sales since in-season dicamba use is one of the primary benefits of the Xtend technology.